SMART options and signs of a hard drive failure

Read about the SMART hard drive options that warn about device wear or malfunction . System SMART (or SMART) was developed by hard disk drive manufacturers in order to unify access to disk system information regarding its reliability and performance. The numerous parameters available through the SMART system make it possible to determine the signs of an early disk failure at an early stage. At the same time, the number of available parameters is so large that it is not easy to obtain any useful information from them. 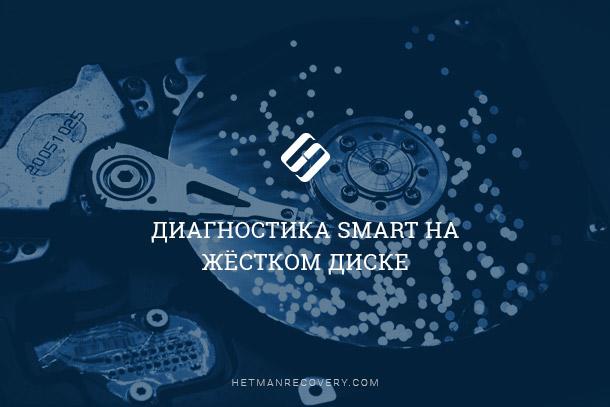 This article discusses the most important parameters of SMART, a correct understanding of which will allow you to learn about the imminent hard disk failure, replace a worn device in time and avoid the need for recover deleted information .

Many hard drive manufacturers (for example, AData, PQI, Transcend) offer their own tools that interpret the data provided by the SMART system. On the one hand, using such tools is easy and convenient: they provide a clear and unambiguous assessment of the condition of the disk. Programs from manufacturers know how to correctly interpret data from a variable (as we will see below, it is not so easy to do). On the other hand, the information provided by such tools is often not enough for thoughtful analysis, and assessments based on unknown data processed by unknown algorithms should not be trusted unconditionally.

Alternatively, third-party tools like the free CrystalDiskInfo . The program is as follows (by the way, it provides the ability to switch to Russian): 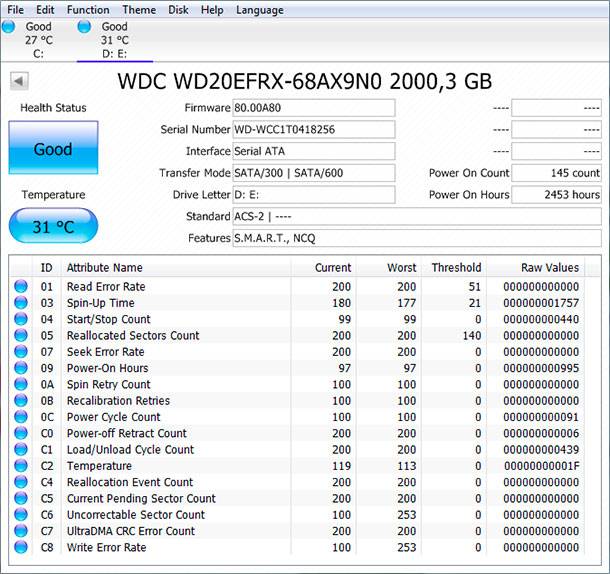 Let's take a closer look at the WD 2Tb hard drive. So, we see a list of many options. What should I look for in terms of disk reliability?

What should I look for in terms of disk reliability?